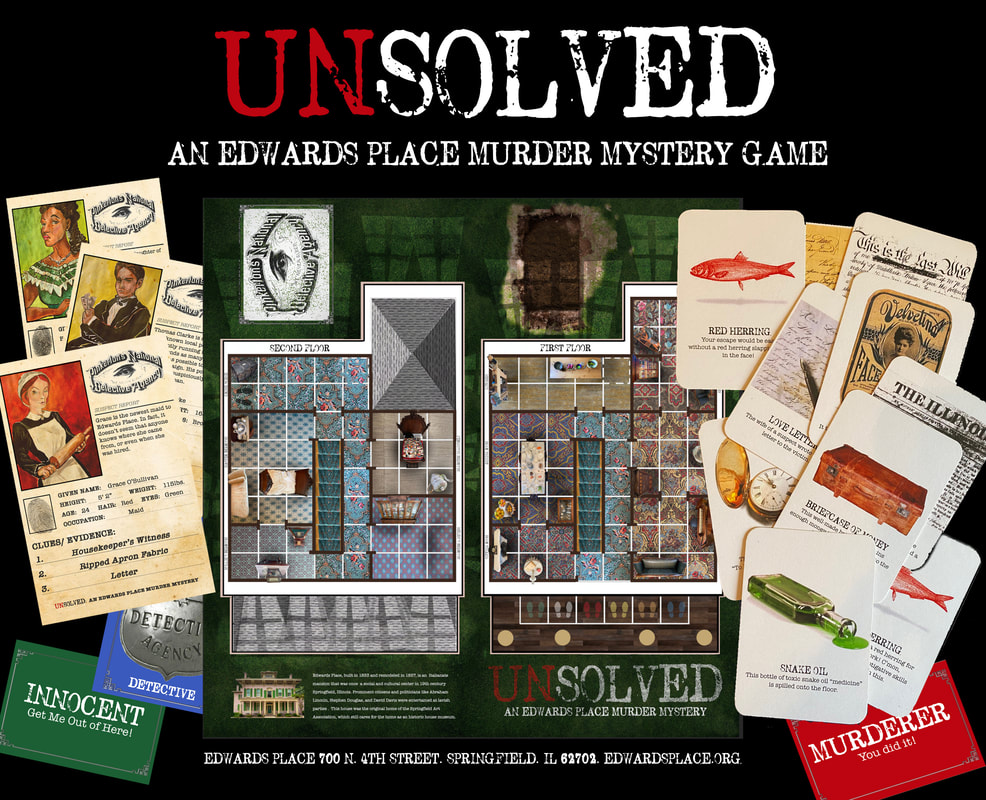 Number of Players: 3-7
Time of Play: 1 hour
Ages: 8+
A game made by the Springfield Art Association

Premise: We enter the scene at Edwards Place mansion in the 19th century. A mystery host, A. P. “Red” DeClaws is holding a soiree for local movers and shakers. Before the party can begin, he is murdered in the Servant Hall! A Pinkerton Detective, Nancy Hawkshaw, unmasks herself and marks off the crime scene. She informs the guests that A. P. “Red” DeClaws had only used an alias – an anagram of Edwards Place – and had invited many of the guests because of a hidden history they have shared. Hawkshaw has named all of those guests as suspects in her investigation!
Your Objective: You are one of six suspects trying to avoid being accused of murder, with one other player playing as the detective. One of the six suspects is the murderer, but the other players can be implicated in the crime, so don’t get caught with your clues! If the detective player catches you with all three of your clues, she accuses you of the crime even if you are innocent, and the true murderer may go free!
$35 Non-Members. $30 Members.

​SAA Members: After hitting purchase, don't forget to sign in to receive your member discount!
Purchase